Andrew Carnegie is one of those names who are considered to be the pioneers of the modern world. He is often recognised as the richest American ever. He started his career as a telegrapher and went on to build the Carnegie Steel Industries. His philanthropic activities are recognised still date through Carnegie library, Carnegie Mellon University and other such institutions set up by him. He also wrote a large number of periodicals and articles. “The Gospel of Wealth” written by him in 1889 is still cited as a revolutionary article that called upon industrialists to use their wealth for the betterment of the society. What better to motivate an individual than some of the best inspirational quotes by Andrew Carnegie? 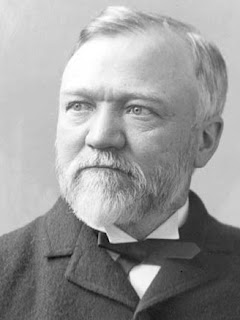 “Do your duty and a little more and the future will take care of itself.”

“Success can be attained in any branch of human labor. There is always room at the top in every pursuit. Concentrate all your thought and energy upon the performance of your duties.”

“Do not look for approval except for the consciousness of doing your best.”

“Concentration is my motto – first honesty, then industry, then concentration.”

“People who are unable to motivate themselves must be content with mediocrity, no matter how impressive their other talents.”

“Think of yourself as on the threshold of unparalleled success. A whole, clear, glorious life lies before you. Achieve! Achieve!”

“I believe that the true road to preeminent success in any line is to make yourself master of that line.”

“Concentrate your energies, your thoughts and your capital. The wise man puts all his eggs in one basket and watches the basket.”

“As I grow older, I pay less attention to what men say. I just watch what they do.”

“He that cannot reason is a fool. He that will not is a bigot. He that dare not is a slave.”

"The man who acquires the ability to take full possession of his own mind may take possession of anything else to which he is justly entitled."

Consciousness, concentration, self-motivation and a strive to be the best was the essence of Andrew Carnegie’s life and this can be clearly understood from the quotes above. I hope these thirteen inspirational quotes by Andrew Carnegie will help you keep motivated and focused on whatever you pursue.
Posted by SNA