Author of famous novels like ‘Three Men in a Boat’, Jerome K. Jerome was known for his witty writing. In his lifetime he has written numerous novels, short stories and plays. In continuation to the humorous quotes from P. G. Wodehouse and George Carlin, I decided to list down ten of the most funny quotes by Jerome K. Jerome. 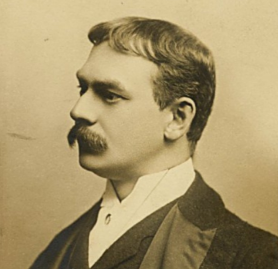 George Carlin is often considered as the greatest stand-up comedian of all times. A man of many talents, he was not only a stand-up comedian but also an actor, a singer nominated for the Grammys and an author of multiple books like ‘Brain Droppings’, ‘Napalm and Silly Putty’ and ‘When will Jesus Bring the Pork Chops?’. Who wouldn’t want to read some of his most funny and humorous quotes?

Read on for some of the most funny quotes by George Carlin. 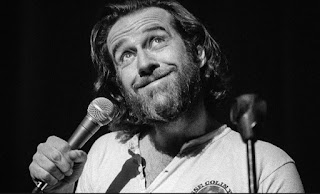 From Pages to Silver Screen

There is some sort of warmth that comes from reading classic fictions. Treasure Island, David Copperfield, Around the World in 80 days and the plethora of English humour from P. G. Wodehouse are just a few of them. Sherlock Holmes has always been my favourite in the mystery genre. Many readers debate that there have been mystery novels with better twists than Sherlock Holmes. I would not disagree with them.

It has been a general trend in Hollywood to adapt novels into movies. While various books are adapted into movies, I believe that it is a safer bet for movie makers to target a novel which is already highly acclaimed. A best selling book which has won the Pulitzer prize thus becomes an ideal candidate. While various Pulitzer prize winning novels are adapted into movies, here I have listed down some of the best novels which when made into movies were also recipients of the Academy Awards. This is not a complete list of all such books but just a few which I intended to mention. So, here is a list of Pulitzer Prize Winning novels to Academy Award Winning Movies.

This is the second part of the series of articles that I am writing on the movies that have been made into Academy Award winning movies for Best Picture. In continuation with the common trend in Hollywood you shall figure that most of the award winning movies from 1950 to 1960 were adapted from brilliant books. Listed below are some of the novels which in the true sense are Oscar winning novels and can be added up to the list of books you got to read.

There are various works by authors in fiction and non-fiction which result in award winning novels. But the magic of books and the strength of the content can be realized even better when they are adapted into movies. Many such books were adapted into Hollywood Oscar winning movies. Prize winning books or not, when their stories are adapted by brilliant movie makers many of such stories in a sense become Oscar winning novels. Here is a brief summary of the many novels and books which went into becoming Academy Award winning movies for Best Picture from 1927 to 1950. You will not only create a list of nice movies to watch but also a list of books you got to read.